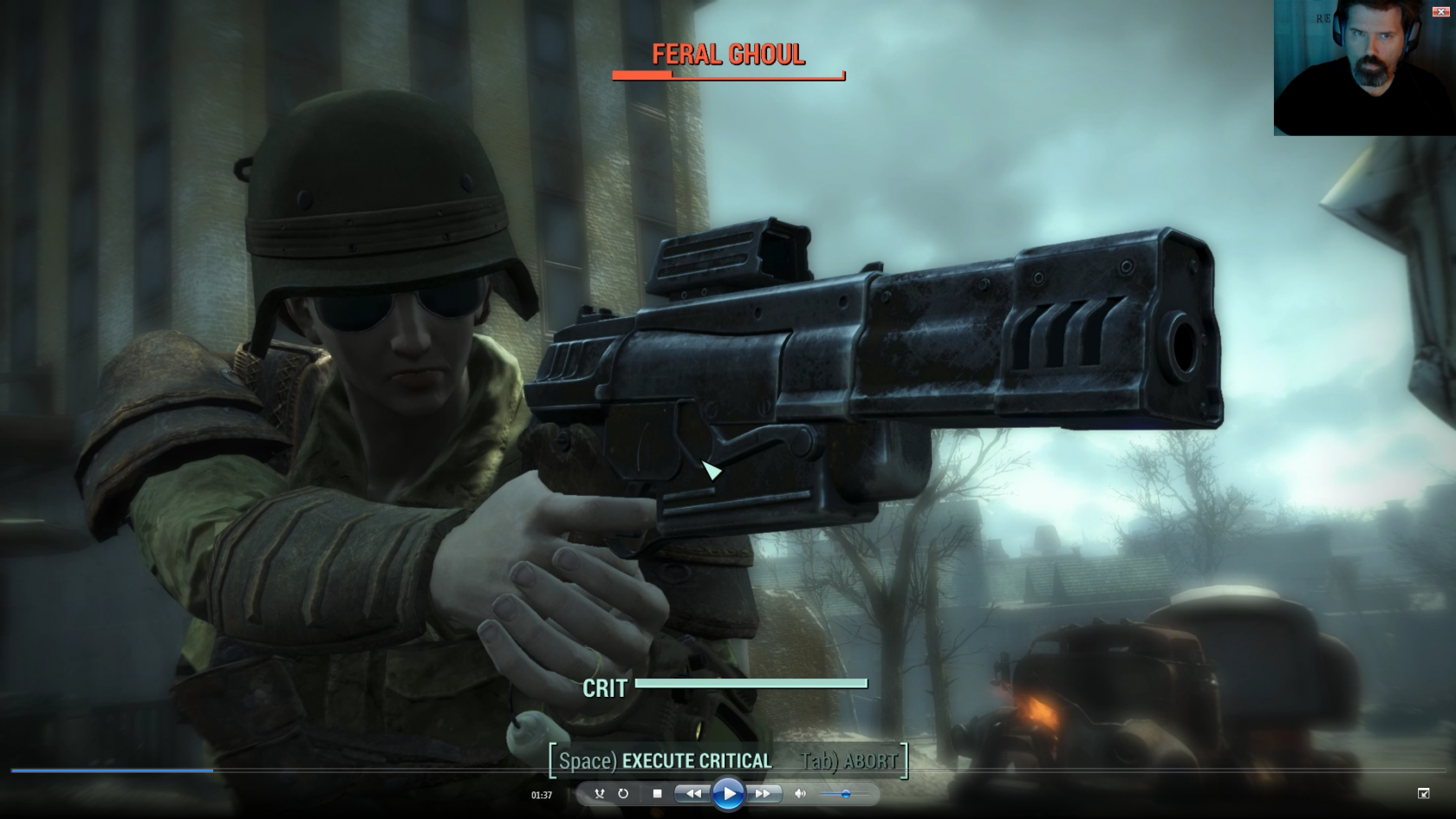 When fixes to the Survival difficulty were announced earlier this year, I stopped playing Fallout. I was playing on Very Hard but the game play seemed so lacklustre. I was walking around, shooting things in the face, doing quests and making the Railroad proud but I wasn’t really feeling challenged. Add to that the fact that the previous version of Survival difficulty just created bullet sponges out of the NPCs, my experience wasn’t as interesting as it could be. These new changes have really gotten me excited and I started a new play through on Friday.

This new mode has changed much:

Eating and drinking are requirements, not options. Not complying will make you sick.
Illnesses and diseases decrease S.P.E.C.I.A.L(Strength, Perception, Endurance, Charisma, Agility, Luck) stats and are severe.
Sleeping is now a need. As you gain more fatigue from staying awake, you lose action points and the ability to sprint or attack many targets in VATS. Fatigue also makes you more susceptible to illness
Carrying capacity has been almost halved. Do you pick up the pipe revolver from that corpse or the wood and aluminium she was carrying? Choices, choices!
Ammo has weight. No more pack-horse 3000 cartridges for your mini-gun around any more
No fast travel. You want to go somewhere? You’re walking the entire journey, no short cuts.
Sleep to save. No auto or quick-saving 1 !

That last one is a real bitch, no other way to say it. If you want to save your game, you have to find a bed of some type (sleeping bag, dirty mattress, full bed) and sleep for a while. Your game will be saved when you wake up. Each of those types of beds has different efficiency: sleeping bags will only net you 3 or so hours of effective sleep where a nice bed will let you sleep as much as you like. And you need 7-8 hours sleeping to allow for the other 16 in a day to be productive. Don’t sleep enough over the course of a few days? You’re going to get insomnia and it will lower your stats.

Some of the systems also push against each other: need to use a stim pack? You’ll become thirsty immediately after. Want to get rid of your radiation with a Rad Away? It’s going to lower your immune system and you’ll be more likely to catch an illness.

All of these changes have created a different feel to the game; I’ve been more deliberate, more selective, in deciding to attack a roaming group of mods. Whereas the previous iteration of Survival would have had me dive-rolling into the middle of the group, shooting them all in the face one by one and the maybe, just maybe, popping a healing stim pack or two one or two well placed NPC shots can end a player’s session.

Now I run through the following process for each humanoid encounter: How many in the group? Are any of them on a patrol that I might be able to sneak behind and take out in a stealthy way? Once that’s done, how do I go about killing the ones that remain? Should I set up a couple of mines and lure the NPCs back through the field? Get as far back and high as possible and start picking them off from distance? Whatever I choose, I need to be decisive and correct in all my actions otherwise I’m dead and staring at the reload screen and contemplating the long walk back to where I died.

And I love it. I absolutely love it. There’s a real thrill to the game now and decisions have consequences. No longer can you Rambo through the game carrying five hundred pounds of gear, running and tumbling like there’s no tomorrow. Don’t want to sleep? Don’t have to but you’re going to get insomnia and your stats will suffer and, possibly, could kill you. Don’t have enough water on you for a journey between two towns? Will you drink from the pond you just passed and possibly get parasites or do you suffer through the lowered stats until you can find purified water or get to where you’re going?

I’ve only spent about a dozen hours with it so far and I’ve barely gone out into the now more dangerous Boston area wasteland. It’s not perfect (I’m still not completely sure what is making me sick occasionally even when I’m doing everything right) but I’m definitely having more fun than I was with the old Survival mode.

If you’re still playing it’s time to start a new character, or if you’ve quit playing, I recommend coming back to give Survival Mode a try. At the very least you’ll get a glimpse into what trying to survive in a Post-Nuclear wasteland might be like.

And you’ll get sucked right back into the game again, just like I did. Video to follow.