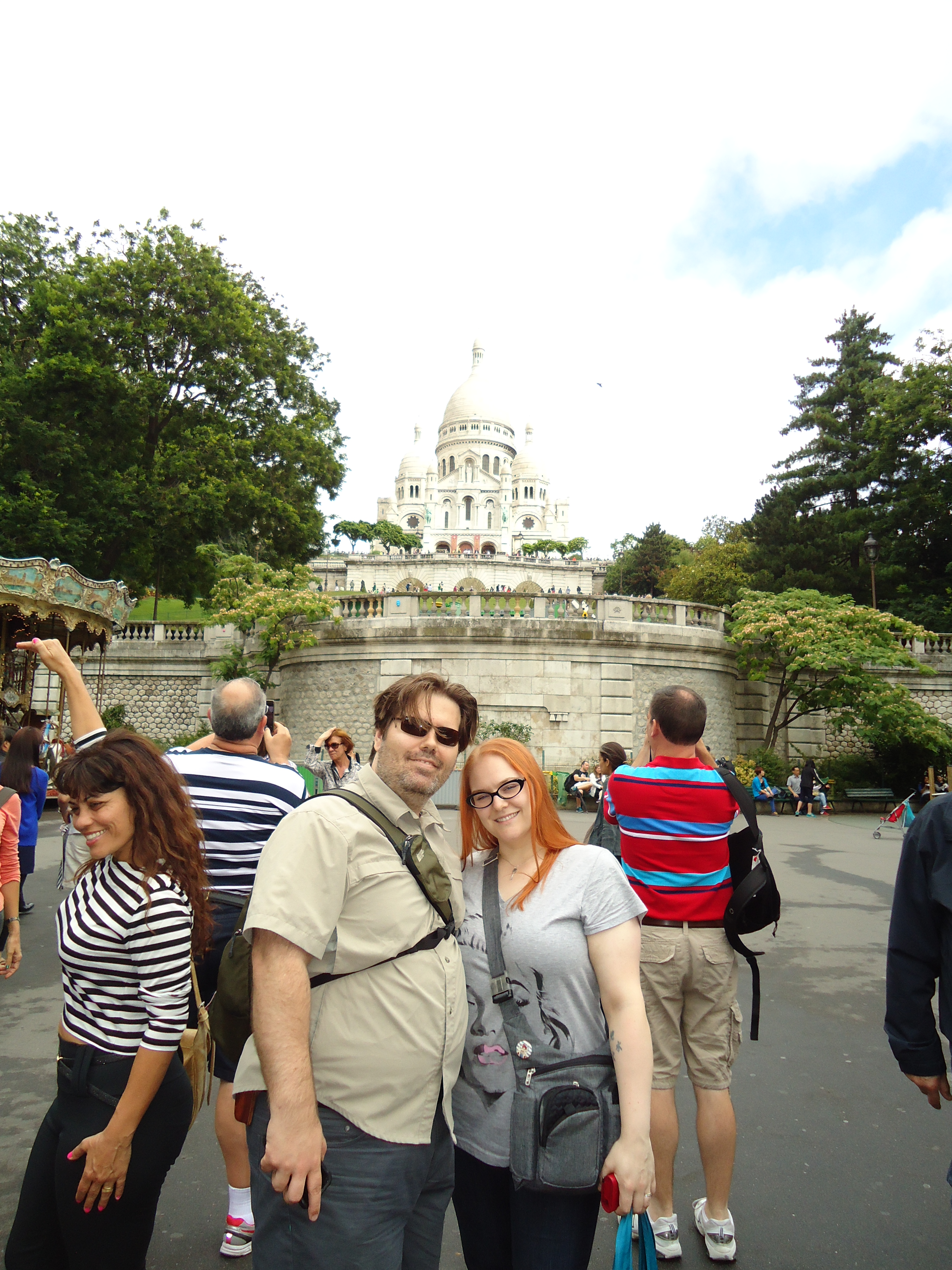 I’ve traveled a bit in my time (the image above is Sly and I standing below the Sacre Coeur in Paris, July 2014) and enjoyed my fair share of “continental breakfast” but I’m not sure I feel exactly the way this guy does.

Sitting in the tiny dining area at the base of our small hotel(see below). Collecting the bits and pieces that go into the breakfast there: fresh croissant, yogurt, coffee, tea, real butter, muesli, fruit.  Seriously good stuff and all of it, seemingly, fresh from a market. Surrounded by other travelers, some from within France, some from without. Yes, the portions are smaller than I’m used to but there’s probably a reason I come back from vacation in Europe 20 pounds lighter after a month!

With this bounty spread out before you, a sense of preparation for a day of exploration and excitement unfurls in your mind! What will the day hold? What new things will you see? What experiences will occupy your day? Will you get lost on the Metro? Will you find a neat little ‘hole in the wall’ restaurant serving traditional French fare at a reasonable cost? Will you walk among the locals without giving away your status as a traveler? So much potential for new adventure!